The Book of Days

From the Book of Days: The Timeline of Embyr The Time of Origins (The Dawn of Time). Long ago, before the beginning of all things known, the Primordials create and destroy the universe time and again.

After countless millennia they exhaust themselves and fall into a death-like sleep, whereupon they dream of the world and in so doing inadvertently create it. The First Ones (Untold Millennia ago). As the Primordials sleep, Ancient and terrible gods descend upon the world which they call Yirth, and claim it as their own. They are known today as The First Ones, and they are worshipped by a race of men known only as the Faelor.

Whether the Faelor are created on Yirth or brought into the world from beyond is unclear. What is known is that The First Ones are tyrannical beyond measure, and the terror and anguish of their worshipers ripples out into the either until it is felt by the gods of the astral sea.

In time, the gods are drawn to the world, some out of compassion and a desire to ease the suffering of the Faelor, others drawn out of jealously and a yearning to feed upon it.

The First Age (more than 10,000 years ago). After The Great War of Heaven the gods create the Favored Races from the bloodlines of the Faelor. For thousands of years gods walk freely among mortals, gathering favored worshipers into divine kingdoms scattered throughout the realms.

The gods themselves have no notion of boundaries or territories, but their followers begin accusing one another of sacrilege, encroachment and outright invasion, and so holy wars begin to ignite. Some gods, motivated by a desire to protect their followers, actively join in battle during these conflicts and lay waist to everything around them.

This devastation unites the remaining celestial powers who join together least the whole of the world be razed and ruined. Thus the struggle known as The Sundering begins to decimate the realms. Some gods are thrown down, while a few others are corrupted and poisoned into vengeful and malign beings of terrible power.

Ultimately the world is very nearly destroyed and the gods form a divine pact called The Celestial Concordant. They vow to forever remove themselves from the realm of mortals and they return to the astral sea, leaving behind the shattered world so that it might heal. The Second Age (10,000-8,000 years ago). Over the next two thousand years the ambitions of men overrun the realms. The first great empire spreads north up from the lands of Asham and deep into the southlands of Aurodei. Eventually the eastern nations of Khalhaboria and the independent kings of Athas and Theed push Asham back into her southern sands. This alliance of three kingdoms would later give rise to the first Dynasty of Talia, an imperialistic nation that quickly subjugates a full third of the independent kingdoms of Aurodei.

Talia remains unchallenged for nearly 700 years until Arden rises up from the west during her own campaign of expansion and conquest. Talia as it was known is shattered into five kingdoms that eventually fall, one by one to the ambitions of the Ards. Almost at once, however, the Ards are forced to retreat back into the west due to overexpansion and constant attacks from the barbarians of Rjoenor and Gormania.

During this time in the east, the hoards of Haluth Lai sweep down from the frozen lands of Vohaz and conquer nearly the whole of Ersai. This period is known as the Time of the Barbarians. Bastions of civilized life in the lands beyond the Sea of Steel are few and far between. 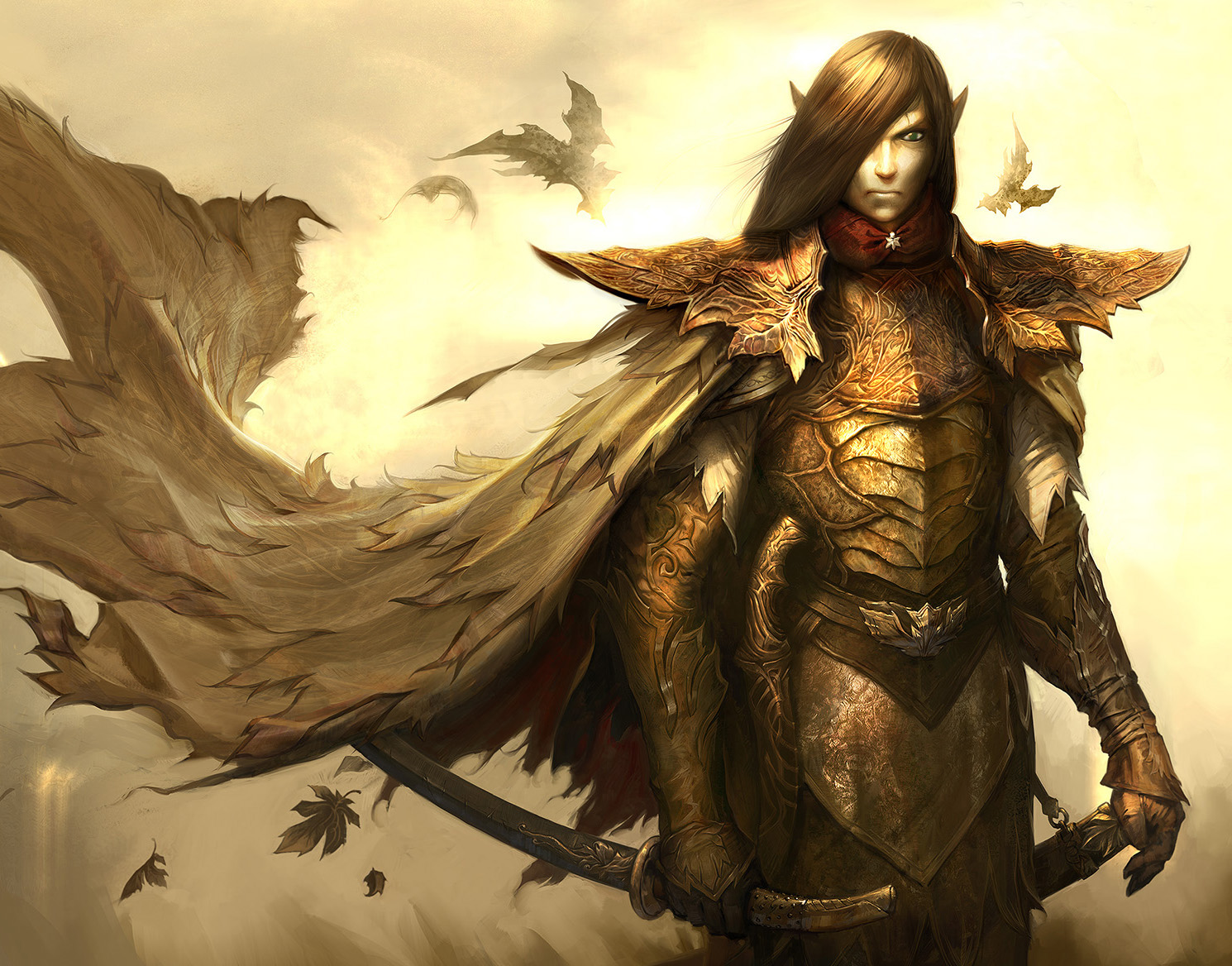 The Third Age (8,000-5,000 years ago). The conflicts of men burn and rip at the realms until the rise of the Fey Empire of Zulia, which overruns the known world. The kingdoms of man are thrown down and all of humanity is enslaved and driven to the brink of extinction.

After 2000 years of human suffering under Zul oppression the Fey Empire accidentally awaken and enrage the dragons, long forgotten servants of The First Ones.

The draconic race entire rises from its timeless slumber and begins to rampage across the whole of the known world. These are years of blood and fire, and they threaten to reduce all to rubble and ash.

The Zul, seeking to escape the dragon plague, attempt to return to the Feywilde realms of Avalon but are turned away by their elven brothers and forced to flee into the Deep Realms, whereupon they become the Drow.

Above, the ruined realms are left to burn for nearly 100 years before the firedrakes return to their torpor, thus ending the War of Dragons. The Fourth Age (5,000-1,000 years ago). Merchant kings from the remnants of Talian townships and independent island states reach out into the far realms by way of sailing ships and caravan trains. This steady and persistent expansion is driven not by military conquest but for simple capital gain. Within 1,500 years the known world is once again unified under the Talian flag.

This second dynasty of Talia endures for nearly 2000 years until the ‘fashionable’ practice of diabolic pacts in exchange for power, influence, and long life corrupts the royalty and the noble bloodlines of the Talian aristocracy. The hellish empire of Acheron spreads out from the center of Talia and nearly half the empire is overrun by servants of the infernal.

After much torment and suffering this literal Hell on Yirth is finally ended when a former general turned senate praetor by the name of Paun Auriatus, marshals the outlying Talian garrisons into a single army with force and determination enough to retake the capitol city of Sunia. Auriatus would be elevated to emperor, but he refuses the honor and instead appoints a new senate with greater ties to divine decree. Thus the Church of the Nine is founded, and Paun Auriatus is the first to be canonized by this new sacred order after his death. The Fifth Age (1,000 years ago to present). With the recession of Talian forces back into southern Aurodei, Arden once again spreads outward from the west under the banner of King Uriath V. Within 100 years the flag of Denimus flies over all of Aurodei above the Calabrian Mountains and as far north as Thoryn. Ardish warships out of the harbors of Phalor begin to invade the shores of Eursai at Itha and Lyndara and sweep downward into Theed, Anthas and even the northern shores of Great Asham before the untimely death of King Uriath VII in 426cr sparks a civil conflict that shatters the Empire of the West. Arden as a contiguous kingdom pulls back to the lands of her sires, leaving her colonies abroad to fend for themselves.

In savage Eddra Kha to the south, a scattering of bamu tribes band together to overthrow the now weakened Ardish frontier garrisons. Within a single generation the brutal and chaotic tribes of the Ojma and Kuphu regions coalesce into what is now called the Manziri Nation.

Across the Sea of Steel in the lands of Belacore, one of the last of the hellish Talian nobles declares herself High Queen of Ersai and begins a terrible campaign to subjugate the surrounding lands. This is Queen Kriesha, and she augments her diabolic powers to levels untold by any race. Itha and Zaruum are overrun and it is 300 years before the defiance of a single Vohaz barbarian from Rygar sunders her focus of power- a crown of hellish iron. Queen Kriesha’s nexus to Stygia is shattered, but not before the landscape is forever scarred by otherworldly energies. Thus the abhorrent, frozen Dominion of Krieshada comes to be.

Current Year, 1126cr. There are now five great nations of men dominating the landscape of the Known World. To the north lies Rjoenor, the Land of 100 Kings. In the West there is Arden, ever embroiled in conflict and civil war. In the center of all things is the ever-present Talia, standard of Embyrian civilization and commerce. To the East looms the sprawling dominion of the cruel Vohaz who hold the impossibly vast lands of the Ersai continent. South of that, beyond the Straight of Tyradda are the holy lands of the Khinasi, collectively known as Asham. And finally, west of the impassable Al Hazarah dessert, within the untamable jungles of Eddra Kha, can be found the newly formed empire of the Manziri.

Any one of these five nations, if unified, could rise up and overrun the whole of Embyr.

The Book of Days